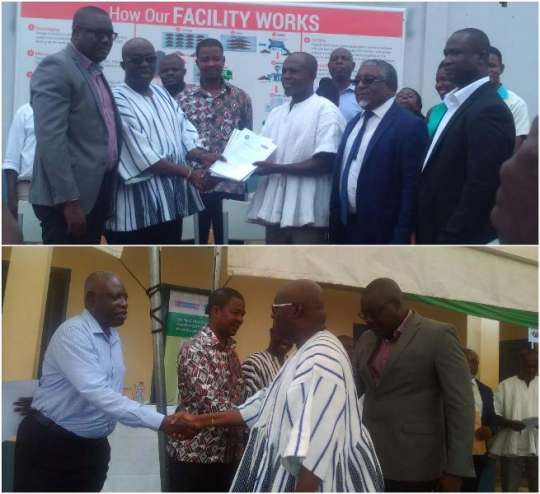 Posted at 17:00h in Announcement, Blog by admin
0 Likes
Share

Government is to implement a ‘zero landfill policy’ as part of measures to recycle and convert the country’s waste into other bye products.

Ghana is faced with the issue of proper disposal of waste as people dispose their waste indiscriminately while major landfills such as Kpone and Abokobi are either full or reaching its full capacity.

Mr. Joseph Ada, Minister of Water Resources and Sanitation, announced the ‘Zero Landfill Policy’ on Tuesday at the inauguration of a seven-member Board of Directors for the Jekora Ventures Limited (JVL) Fortifer Compost.

Mr. Adda explained that with the introduction of the policy, Ghana would move away from the construction of landfill sites to the promotion of waste recycling into usable items.

He added that usage of waste for compost plants and energy production would take over the dumping of refuse at landfill sites.

He said that information available to him indicated that only 10% of waste generated in the country would be left following the implementation of an efficient recycling policy.

The Sanitation Minister stated that the ashes that would emerge from the remaining 10% which would be burnt mixed with bitumen for the construction of roads.

Mr. Adda further announced that the government would also embark on the construction of an Integrated Material Recovery facilities where waste would be sorted and recycled.

He called for attitudinal change among Ghanaians to help solve the country’s sanitation issues by segregating their waste in homes, schools, and offices among others.

He stated that the government was about to embark on an active campaign on sorting waste at source and called on all to join the initiative by dumping the right waste into its designated container.

The Minister congratulated the members of the Board of Directors of the company and urged them to craft policies and strategic plans to enable the company establish more compost plants nationwide.

Mr. Immanuel Nartey-Tokoli, Managing Director of Jekora Ventures Limited, said the plant, which was commissioned in May 2017, could treat 12.500 cubic meters of fecal sludge.

He gave the assurance that JVL would continue to provide the resources needed to run the plant as it worked on expanding its operations and building more plants nationwide.

Mr. Annang-La advised the Board to work with the Assembly and Ministry of Sanitation and Ministry of Food and Agriculture and other stakeholders to ensure the efficiency of the plant.

The plant was a public-private partnership project between JVL, Tema Metropolitan Assembly (TMA), International Water Management Institute (IWMI), and the Council for Scientific and Industrial Research (CSIR) and the Training Research and Networking for Development (TREND) to process liquid and solid waste into organic fortifer fertilizer.

The seven-member Board which is being chaired by Mr. Benedict Tuffour, Mananging Consultant of TREND had representatives from TMA, Ministry of Water Resources and Sanitation, Ministry of Local Government and Rural Development, and the Ministry of Food and Agriculture.